Don't Miss Out These 10 Early Symptoms of Lung Cancer

What is lung cancer?

Lung cancer is a type of cancer that originates in lung cells and then spreads to other organs.

When a lung cell divides uncontrollably and rapidly to form a mass of the tumour.

Lung cancer is one of the most common types of cancer in the world in both men and women.

It is also the major reason behind the high death rate in cancer patients.

It is difficult to detect lung cancer at an early stage because there are very few signs and symptoms of lung cancer. 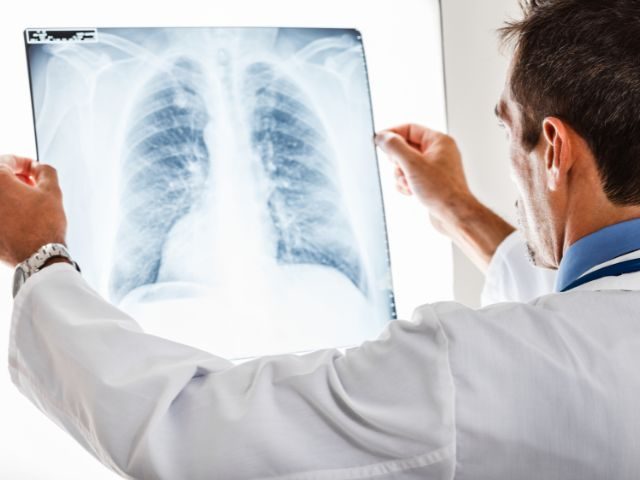 People who smoke have the highest risk of having lung cancer, as smoking cigarettes or tobacco is at the top of the list of causes of lung cancer. This does not imply that people who do not smoke cannot have cancer.

If detected at an early stage, it is possible to cure lung cancer.

These early signs of lung cancer are introduced in this article. Continue reading to know more.

What are the common symptoms of lung cancer?

There are a few common symptoms of lung cancer, as listed below:

Usually, a cough associated with a cold or other infection goes away after some time, but if the cough persists and continues for more than a week, it could be an early sign of lung cancer.

A cough that gets deepened or produces a large amount of mucus, might be a symptom of lung cancer.

Shortness of breath and wheezing for unknown reasons are considered to be symptoms of lung cancer.

The wheezing or a whistle sound while breathing could result from constriction of airways due to lung cancer.

Lung cancer can cause body pain due to swelling of lymph nodes. Normally the pain from lung cancer occurs in the region of the shoulder, collarbone, or limbs.

Headaches are also common. It could be due to decreased oxygen supply in the brain because the lungs are obstructed by tumours.

If you notice a notable change in your voice, it could be an early sign of lung cancer.

The voice becomes more deep, raspy, and hoarse when the lung cancer affects the nerves that control the voice box.

It is also a sign that lung cancer has spread to the larynx. Hence, it is a common symptom of lung cancer.

Unexplained weight loss, even when the diet is neither decreased nor changed in any way, can be a symptom of lung cancer.

It is also a common symptom of many types of cancer.

The reason behind this could be the cancer cells are using up the energy to spread and divide rapidly. Sometimes weight loss is also associated with loss of appetite.

Chest is the most common symptom of lung cancer.

The constant coughing could lead to chest pain which is worse when the person tries to inhale deeply or gasp for air.

This chest pain can also occur when the person is laughing or taking deep breaths.

Coughing up blood is a warning sign of lung cancer; it occurs when the lung cancer has spread to the airways and coughing causes the injury of the blood filling the mouth. It can also come up as a rust-coloured spit or mucus.

Feeling tired all the time even after taking rest or completing 8 hours of sleep could be a symptom of lung cancer.

It could be due to the energy being used by lung cancer cells to divide and function rapidly to spread to other parts of the body. It is common in different cancers as well.

Infections like pneumonia and bronchitis which occur frequently are often common in lung cancer.

It usually occurs because the immune system becomes weak while trying to kill the cancer cells.

Lung cancer can cause the lymph nodes to be swelled up around the armpits, shoulder, or collarbone.

These lumps in lymph nodes can be an early sign of lung cancer.

Bone pain or muscle soreness is caused when lung cancer spreads to the bone of the hips and shoulder making them weak and causing pain.

Some of the common neurological symptoms that occur in lung cancer are headache, seizures, problem balancing, dizziness, and fatigue.

It could be an early sign lung cancer has spread to the brain and other organs.

A sign that lung cancer has spread to the liver is jaundice and yellowing of eyes and nails.

As explained above, the swelling of lymph nodes and forming lumps in the shoulder, collarbone or armpits is usually the symptom of lung cancer.

The lumps are formed when the immune cells get collected in the lymph nodes. 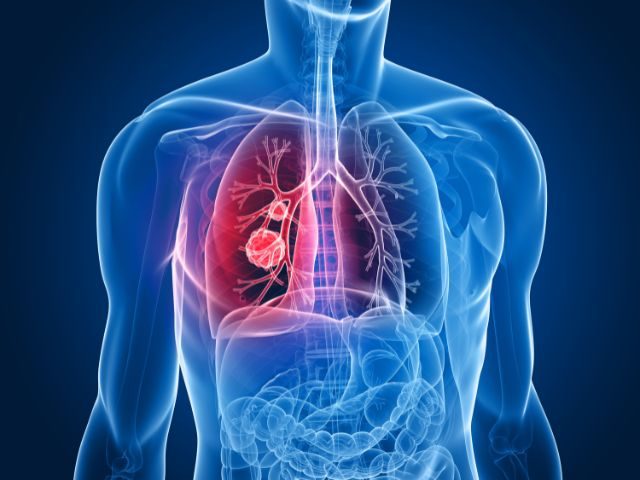 After identifying the symptoms of lung cancer, a confirmatory diagnostic test is important to know the current status of the cancer.

There are diverse ways to diagnose lung cancer such as:

Tests like x-ray, CT scans, MRIs or PET scans are the most commonly used methods to diagnose lung cancer.

These tests can reveal the growth of lung cancer.

They can also assist to determine if cancer has spread to other organs such as bone, brain, liver etc. These tests can be used to keep track of the progress of treatment.

There are three types of biopsies that can be done to diagnose lung cancer. The healthcare professional will decide which type of test should be done.

A bronchoscope is used to get look for lesions in the airway and to collect tissue samples if required. It consists of a thin tube with a light and a camera attached at one end.

After the sample is collected, it is sent to a laboratory for further examination.

Examining the sputum under an advanced microscope can also give an idea if the person is suffering from lung cancer.

The sputum is examined to check the presence of cancerous cells in it.

Other than these methods, there are other several ways to diagnose lung cancer in a patient which include blood tests, pleural effusions, lymph node biopsy etc.

Lung cancer has been classified into many stages to describe the growth of lung cancer.

It helps the oncologist to determine a treatment plan for that specific stage of cancer.

Staging helps to describe how much the tumour has spread, such as:

When to see a doctor?

If a person notices more than three symptoms of lung cancer as mentioned above, then immediately contact a doctor to get a proper diagnosis and treatment.

It is advised not to ignore any unusual symptoms because early detection has higher survival rates and treatment success rates.

Cancer rounds assist patients to get the best treatment from India’s top doctors who are cancer specialists. If you have any queries regarding cancer, contact us.